Are You At Risk For A Salt Deficiency?

I have been seeing a lot of popular articles suggesting that a diet low in salt can be dangerous. There is no doubt that we need some, but too much can be harmful, but how much is best?

Let’s dive into the science to discuss whether or not you are at risk, and what you need to know about salt. 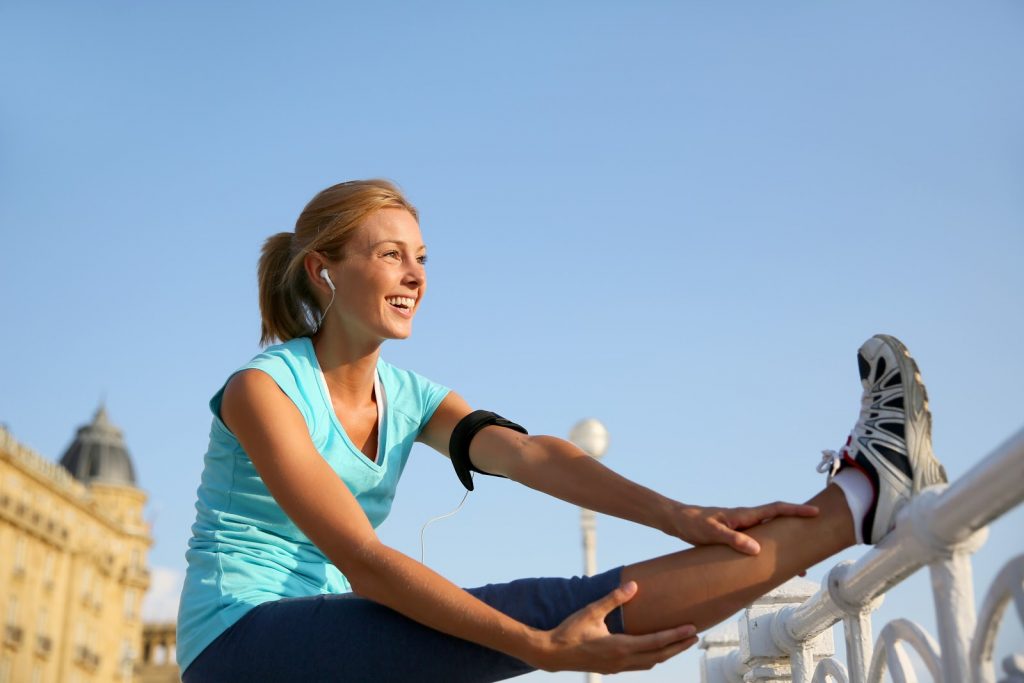 This has been an especially prominent topic in natural health circles that I have noticed. You may hear that diets low in salt can raise the risk of:

The conventional wisdom suggests that we need to lower our salt intake, in order to help our blood pressure. While it might be attractive to take the opposite stance, I think it can be dangerous because it can cause us to look at data in inaccurate ways. Let me show you how.

Key Insight: While it is a misperception that lowering your salt can lower your blood pressure, it has led us into a message that might be moving a bit too far in the opposite direction.

The majority of the research being used to discuss salt deficiencies has centered around the failures of low-salt interventions. This leads us to a key distinction that I want to make clear for your benefit.

When we look at the research behind these claims, the level of evidence is going to be key. If you are discussing evidence that comes from a test tube, or from an animal study, or from a marker of illness (like blood pressure), that evidence is weaker than that which comes from outcome studies.

There was a book I recently read which posited the idea that a diet low in salt causes you to gain weight. They based this claim on a study involving rats, which saw rats on high-salt diets experiencing weight loss.1

Ultimately, the interpretation here is that humans could also be at risk of weight gain were they to eat too little salt.

Bottom Line: At the level at which the rats were eating salt, the salt itself was damaging their intestinal tract and causing them to lose weight through malabsorption. This essentially equates to salt poisoning, and really does not make a human comparison fair in any way.

The line of reasoning that really informs this topic of discussion is that if you absorb more nutrients, more fat and more calories, your body could make more insulin and trigger more weight gain.

A human study that I found had shown that salt restriction, for a short period of time, did seem to worsen insulin resistance.2 However, there have been a large number of studies that have shown the exact opposite response.3,4

This is why we have to look at studies which focus on actual human outcomes. Luckily, there have been some. One of the keys between studies of low quality and high quality comes down to how intake is tracked.

Some lower quality studies focus on reported salt intake (how much salt people think they ate), while the higher quality studies have been able to focus on salt via urinary sodium output. In fact, one of the biggest and best studies to date used just that.5

This study in question showed that people who were suggested to go on lower-sodium diets, and then tracked by their urine, made a large difference in total mortality (specifically cardiovascular mortality). 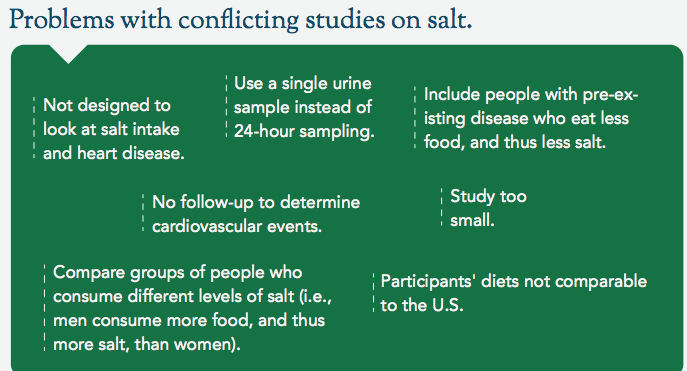 To this point, we have seen a lot of back and forth between the data on salt. I want to zoom out for a moment and discuss this idea. Whenever we see conflicting data like this, it is almost always an issue with the first step.

The problem is that so many things at the level of hypothesis and speculation, those that have not been truly proven yet, are taken as verified data points worth acting on.

This goes back to the aforementioned study on rats. The outcome itself was not true for humans, so at that stage, there is no point in acting on it or changing your lifestyle because of it. It is still just a speculation (Read: The guide to spotting bro science).

Bottom Line: While the information might be intriguing, it does not mean that it is actionable and that you should change your life around it. It is only one step. 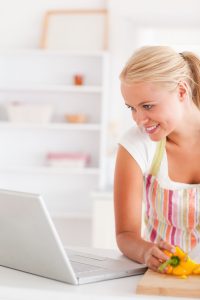 The Best Study On Salt To Date

As I mentioned before, there is one very strong study on salt that I think we should be taking seriously for our conversation today. This study tracked over 3,000 adults, between the ages of 30 – 54, and tracked them for 10 – 15 years.

What researchers saw over that decade and a half was that those who were on less salt had about a 25 – 30% decrease in cardiovascular death. The interesting thing is that they did not see a change in blood pressure amongst this group.

There are other studies which have shown that we can see risks of cancer were higher with a greater salt intake.6

So what happens when you reduce your intake of salt? These are some of the key benefits that come out of reducing your overall salt intake: 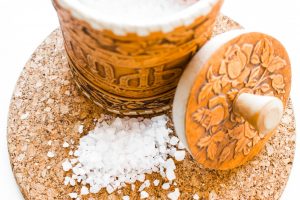 Salt and Your Adrenals

There have been a lot of popular writers, on the topic of your adrenals, discussing the need for salt to offset adrenal dysfunction (Read: Why I want to rename adrenal fatigue) and adrenal fatigue. In truth, consuming more salt is more of a short-term solution to a long-term issue.7

While you might be able to “game your system” for a few days by taking a bunch of salt, it will not work for long (maybe only a few days, at best). While you might feel better at first, it tends not to last beyond that timeframe.

The deeper question here is to ask whether your body’s cortisol is low because you cannot make cortisol, or because your body is choosing not to make cortisol. In almost all cases, it is the latter.

In some cases, you might be dealing with a disease like adrenal insufficiency. This could result in aldosterone replacement, or a higher salt intake. Aldosterone is good at regulating electrolytes, which include sodium, so you may need more in the event that your body is relieving itself of too much sodium.

Bottom Line: How much do you know about your adrenals? Please, take the time to complete the Adrenal Quiz (Click Here) today to learn more. From there, you can learn more about what you can do to benefit your adrenal health today.

Salt and Your Physical Activity

Another question that I often get is about physical activity and needed additional levels of salt for those who are especially fit and working out often. I have experimented with this myself, and have read a lot about it, but the more salt you consume, the more salt you excrete.

This suggests that if you are someone who has a high salt intake, and you are outside for a long time being physically active, you might begin to notice a chalk-like substance coming from the pores of your skin. That’s salt pouring out of your body!

If your overall intake of salt is lower, you simply do not excrete as much salt. This means that you really only need to stay within the lower range of the typical daily intake and be fine (1600 – 2000 mg).

In most cases, people run into issues because they have over-hydrated with water, and not because they are lacking in salt. Electrolytes are important for this reason when you are engaging in physical activity for more than one hour.

This is a huge consideration for those looking to go down on their salt intake. People often say that they love salt and that they crave salt because it allows food to taste better.

What we call this is a “calibrated taste,” meaning that after a couple of days your taste buds will become adjusted to a new set point of salt intake. While it might not be perfect during the shift, food will start to taste fine again in only a couple days – so try and be patient.

Is There Such A Thing As Too Little Salt?

The short answer is yes, but it really is not something that most people will realistically face. Between 1600 – 2400 mg, there really is no danger involved.8

What About Too Much Salt?

There is definitely such a thing as too much salt. Arguments have shown that if we could take our average intake of salt from 3300-4000 to 2000 mg per day, we could save around 150,000 lives from a premature death each year (in America alone).

Most of the salt we are now taking in, comes from processed foods. This even includes what we might consider “healthy foods,” too. 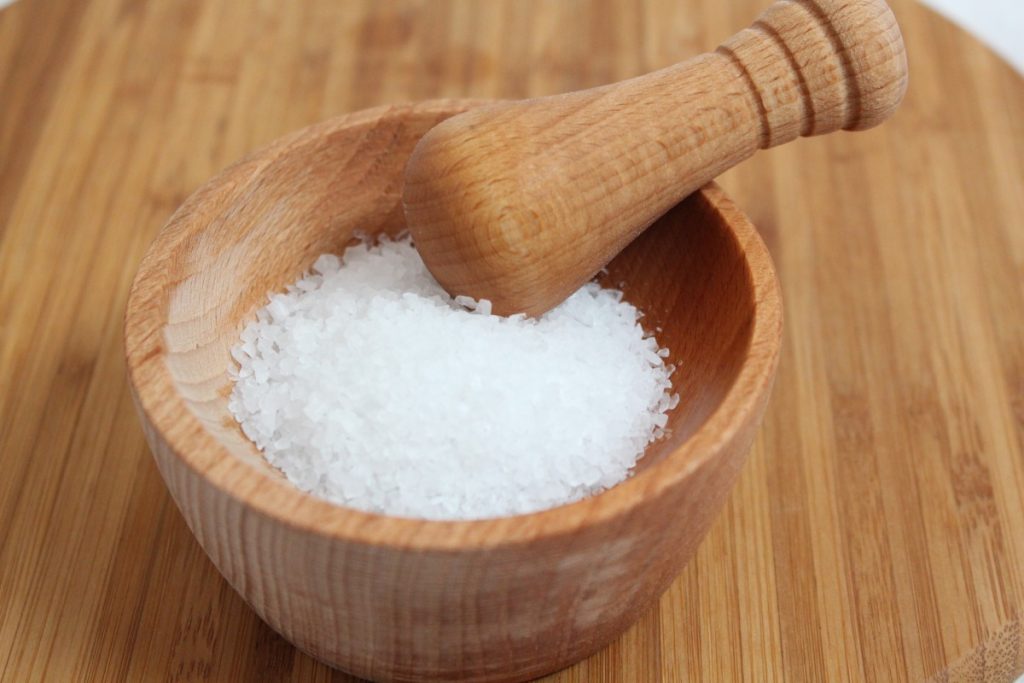 How much salt should you aim to have per day? Somewhere between 1500 – 2400 mg is ideal, but it is so easy to blow past this target (even with healthy foods). Most folks get 3300 mg or more mg per day.

What are some healthy “salt bombs” that you might not have considered? They can be things like:

Key Insight: Does sea salt get a free pass? It does not, as it has the same sodium levels. The only redeeming factor of sea salt is the fact that you can get magnesium from it (Read: 9 Reasons magnesium can restore your energy levels).

Personally, I love the exercise of food logging. If you have never tracked your salt intake before, I would definitely advocate for giving it a shot. With smartphones, it is easier now than ever before. Consider apps like MyFitnessPal9, for example.

Bottom Line: Take a week, log your diet, and keep a close eye on your sodium intake. You might be doing great, or your results might surprise you.

Your Thyroid and Salt

The simplest rule of thumb, for those on thyroid medication, is to go with an iodine-free sea salt and to cook at home. Beyond that, you really deserve the opportunity to get to know more about your thyroid. For that reason, I would suggest taking the Thyroid Quiz (Click Here) today to open up more knowledge about your thyroid, and your overall health. 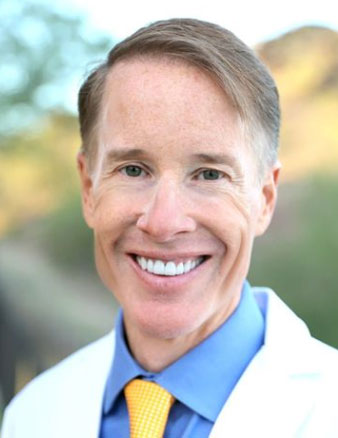