Are your meds helping or hurting? – Leading Authority in Naturopathic Endocrinology

Are your meds helping or hurting?

It’s no surprise medications can cause side effects. Commercials have made us numb to them. Still, we rarely hear how dangerous common medications can be, even for those who carefully follow the directions.

I’ve been blessed to have a patient population I enjoy spending my time with. Doug was no exception. I had cared for him, his wife, and their adult daughter for over a decade. One day, Doug came to see me because his back hurt. I noticed he was also retaining fluid; his face was puffy. The pain didn’t seem to feel worse when he bent or moved—it just always hurt. I had a small suspicion his kidneys were a culprit, so I did a simple urine test. I had examined Doug and done blood tests just over a year prior, and he had no signs of kidney problems.

The urine test showed his kidneys were not filtering protein at all. A few more tests confirmed Doug was in late-stage kidney failure. He spent four months on dialysis in hopes of receiving a kidney transplant. It never came, and he died just before his 51st birthday.

The nephrologist who treated Doug attributed his death to ibuprofen use.

Doug didn’t mention it to me, but he’d developed tendonitis and was regularly taking ibuprofen for several months. He never exceeded the recommended dosages. The first sign of there being a problem was his fluid retention. By then, it was too late. Kidneys can lose 80% of their working cells, called glomeruli, before there is any symptom or measurable change in function.

In the last decade, the rate of death from prescription medications has gone up 2.8 times. 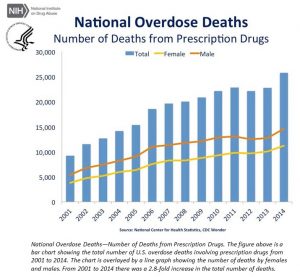 Both prescription and over-the-counter medications have become a leading cause of early mortality, and the trend is only worsening.

Below is a quick list of the top offenders. If you see any of these names in your medicine chest, please work hard to explore your options.

Let’s go a little deeper into each of these categories.

These are nonsteroidal anti-inflammatory drugs. The best known are Advil and Aleve. There are also many prescription NSAIDS. Some are the same medicines as the nonprescription ones (but in higher potencies), and others are different medicines. In terms of dangers, the differences between nonprescription and prescription are only related to the dosage used.

Nearly 40% of the American population take ibuprofen or aspirin on a regular basis to help with aches and pains.[1] Each year, 1-2% of those who take NSAIDS have side effects bad enough to warrant hospitalization, mostly related to bleeding ulcers. In 2000, this was 103,000 people with 16,500 of them dying from taking these medicines responsibly.[2]

This does not take into account harm from intentional overdoses, from those who take NSAIDS with incompatible medications, or in cases of the recommended dosages being exceeded.[3]

NSAIDs also raise the risk for heart attack, heart failure, and stroke. This risk begins as early as two weeks of starting regular use. The longer you take them and the more you take, the more these risks increase.[4]

Is it hard to get to your favorite weight? Ibuprofen may be to blame. Studies show it can mimic the effects of diabetes and cause a higher amount of insulin to be released.[5]

Children may especially be at risk. Those under the age of six have been shown to have non-fatal liver injuries even when taking doses deemed safe.[8]

In 2014 alone, over 47,000 people died from prescribed opioid narcotics. This represents 61% of all drug overdose deaths, both prescription and illicit. This rate has more than tripled since the year 2000.[9] 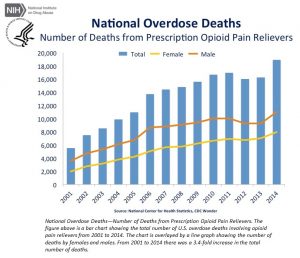 Despite the facts that opioids are highly addictive and given routinely, they are often not effective against chronic pain.[10]

These are medications given for anxiety and sleep. Despite the fact that many people are on these for years, the prescribing labels and practice guidelines recommend them only for short-term use.[11]

The most common brands used are Ativan, Xanax, and Klonopin. The death rate from these medicines has gone up five times in roughly the last decade. 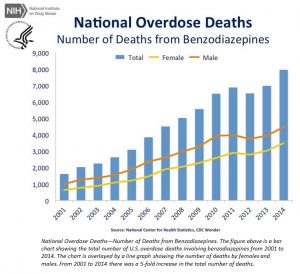 As of 2013, Medicare started to pay for benzodiazepines like Xanax and Ativan. Since then, they have been prescribed an extra 40 million times.[12]

These medications may cause premature dementia,[13] leading to impaired short-term memory, confusion, poor word recall, and lack of mental focus. Similarly, they can raise the risk of developing Alzheimer’s disease with as little as 1-2 months of regular use. Each dose after this showed a higher and higher risk of Alzheimer’s.[14]

They are also known to be highly addictive and difficult or impossible to stop after months of regular use.[15]

Some of the long-term effects of benzodiazepines are:[16]

Medicines like Ambien and Lunesta are used by 60 million Americans each year. Large studies have shown they don’t work, as they provide only 14-15 minutes of additional sleep.

Diphenhydramine (Benadryl) is commonly used both as a sleep aid and for allergy symptoms. Histamine can be the chemical trigger of allergy symptoms, yet it is also a brain chemical that causes alertness and mental focus. When it is blocked, many feel groggy and sleepy. Diphenhydramine is the active ingredient in many over-the-counter sleep aids such as Tylenol PM and Advil PM.

A large study showed that diphenhydramine can cause dementia. A team of researchers tracked 3500 adults, ages 65 and over, for seven years. During that time, those who used medications like diphenhydramine had a 54% higher risk of developing dementia than those who didn’t use the medicine or who used it for under three months.

Diphenhydramine has been shown to cause dramatic weight gain and insulin resistance with regular use in both genders. Research has shown men who use it regularly are over 19 pounds heavier than similar men who do not. For women, the difference can be over nine pounds.[20]

Safer and More Effective Options for Anxiety and Insomnia:

If you are in the habit of taking medications for chronic symptoms like pain, insomnia, or anxiety, please reconsider. In most cases they don’t work as well as expected, and they have major risks. There are so many safe and effective options available for you. Not only are natural treatments lower in side effects, but when you identify and treat the cause, your health improves in other ways you may not expect. Think of it as trading in your risks and side effects for side benefits.

[11] “Short- and Long-Term Use of Benzodiazepines in Patients with Generalized Anxiety Disorder: A Review of Guidelines,” [Internet] Ottawa (ON): Canadian Agency for Drugs and Technologies in Health, 2014 Jul 28 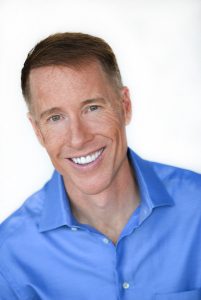 Would you like to use this article? You may as long as you use the following information along with the article:

Which Of The 6 Iodine Levels Do You Currently Belong To?

What Thyroid Tests Do You Really Need To Get?

Epstein Barr Virus and Thyroid Health: Everything You Need To Know