Tricks To Lose Weight And Love Your Body

The Benefits of Beans Part 1

Hey, there! Dr. Alan Christianson here. I want to talk to you about the hungry hormones. These are the big three: adiponectin, leptin and ghrelin. These hormones are known to influence our hunger, our body weight and our body composition. I want to familiarize you with them individually. We will be talking about them in more detail in other topics, but I want to give you the overall concepts about how we can manipulate our chemistry. I want to show you the relevance of knowing isolated chemical pathways and how much control and power that gives us.

Let’s start with the really neat hormone, adiponectin. Adiponectin is a fat-produced hormone. Some time ago, we learned that fat is not this big storage bank we leave extra calories in. Fat is pretty active stuff, and it regulates itself and our blood sugar. It also has quite a few other functions in controlling inflammation in our bodies. One of the most predominate hormones that fat makes is adiponectin, and there is quite a bit of genetic variation on how we produce it. Some argue that adiponectin is partially why there can be some innate variation in our tendency towards bio weight. In general, the more adiponectin we make, the leaner we are. So, if we are very lean, we make a lot of it. The less fat we have, the more adiponectin we produce. The more fat we have, the less we produce. So, it would seem so simple that if we would give ourselves more adiponectin, we would start losing weight and lean out. It does not work that way, and we will talk about why in just a moment. Adiponectin also regulates blood sugar and fat burning. It controls how fat is utilized for fuel. If we are using fat for fuel, that raises blood sugar. So, these things have to be kept in check or in some sort of homeostasis.

Next, let’s talk about leptin. This is probably one of the first hormones that started getting some attention as a powerful, fat-regulating hormone. Leptin and ghrelin are both associated with hunger. Leptin blocks hunger. The more leptin we have at face value, the less we’re hungry. When we are heavier, we make more leptin, but we become resistant to it. Some animal studies have shown that rats, who are given a high amount of leptin, have their appetites shut down and lose a bunch of weight. However, two weeks later, they are back to normal, even though they are receiving these high amounts of leptin.

The last of the three hormones I want to introduce is ghrelin. Think about ghrelin like “growl,” as in your stomach growling. This is a stomach hormone that creates hunger. It mostly peaks when we are about due for a meal, and then, shuts off after we eat. It seems that proteins and carbohydrates shut off ghrelin more than fat does. Fat has a pretty small effect on it. This is a hormone that fluctuates throughout the day in anticipation of our meals. Now, leptin is higher when we are sleeping, so this blocks us from our hunger to keep us from waking up as much. Ghrelin goes up and down throughout the day at our typical, expected meal times. Both leptin and ghrelin can be changed by how we time our meals and by what we put in our meals. Ghrelin is raised by emotional and mental stress. Most people feel hungrier when they are under more stress. Ghrelin is also raised much higher by being even just one day behind on your sleep. So, even though your body may not need more food, you can have a greater appetite from being behind on a little sleep.

We are facing a global obesity crisis. A lot of us feel it individually; it is a tough road to take sometimes, and any help would be useful. Since leptin, ghrelin and adiponectin are tied to hunger, it seems if we could manipulate their levels, we could somehow adjust our body weight. There is a lot of research, on animals primarily, on how to manipulate these hormone levels. Even with synthesizing leptin and giving it directly to animals, it never really seems to pan out. Why would that be if these things control our hunger and our response? The answer is a theme that shows up a lot in living things and in the body. We can change some facets of chemistry, yet the underlying problems often seem to persist. Why? This is because our bodies are so internally regulated. Leptin, ghrelin and adiponectin are important hormones for sure, but we will learn, over time, they are affected by other hormones that have yet to be identified. If you change them alone, you will also shift others in ways that, in a short period of time, the body will regain its intended state of balance. So, our health is always a function of our lives. Our genes, our nutrients, our day to day activities, our thoughts, our stress hormone levels are all things that collectively shape the state of our health.

Markers of our bio chemistry can reflect where our health is headed, but so many of the markers are not things that are changing our health. So, when we change one of the markers, we may shuffle the deck for a little bit, but we will not have lasting, useful effects. A lot of early, medication therapies proposed to change leptin, ghrelin and adiponectin in the body. These therapies have since gone by the wayside, and in general, big pharm has dropped the quest for weight-loss pills. They have found the pills are just not effective. Weight is not something that changes by flipping a switch to make it work differently. That is just not a useful strategy. If that is the case, why bother knowing about these hormones? It is useful to know about them because they are good pieces of data that can show directions on a journey. Sometimes, our normal ways of tracking progress may not show us what the best, long-term process is. For example, we use a weight scale to track our weight-loss progress. If all that mattered was how quickly we need to lose scale weight, then any low-calorie diet would be effective. However, there is so much data saying that if you are eating too little food, you will not have lasting fat loss. You will have the opposite. The vast majority of those in the small percentile that do lose weight, will regain more weight than they lost in just a matter of years. One study showed that if a large number of successful dieters were checked four years later, the average regain was fourteen pounds above what they originally lost. So, simple food restriction alone does not work.

Maybe, if we get more markers of this complex process, we can see how things are working in order to determine long-term success. We already know leptin, ghrelin and adiponectin do exactly the wrong things in the case of short-term, extreme, calorie-restriction diets. As mentioned, if you are leaner, you have more adiponectin, and if you are heavier, you have less of it. These extreme, low-calorie diets not only cause adiponectin to plummet, but also cause more resistance to leptin and more secretion of ghrelin. During the course of a few weeks on an extreme, low-calorie diet, you may see improvement on the scale. However, we can clearly see you are getting set up for a crash, and your hormones are going to go the wrong direction in this short-term.

There is a big list of companies promoting supplements that allegedly help these compounds. You know these supplements will not change these markers of hunger. However, data shows there are certain practices that do affect hunger, such as having a diet that has appropriate amounts of fat (especially mono fats and saccharides and good poly-saccharides). Also, exercise and adequate sleep help. These things work, but pills do not change the markers. Even if you can change the markers by putting them back in or blocking them, that does not change the outcome. It is all about shifting life, not shifting the markers of the particular illness.

So, I wanted to introduce you to those hormones because, in an upcoming episode, we are talking about a study that measured these hormones on a novel-type, dietary program. This is a program I used as an example of an effective strategy using food timing. As far as leptin, ghrelin and adiponectin, just know that the body has many moving parts, and with a little bit of strategy, you can get yours moving in the right direction. Thanks for tuning in. Dr. C signing out and hope to see you again real soon. 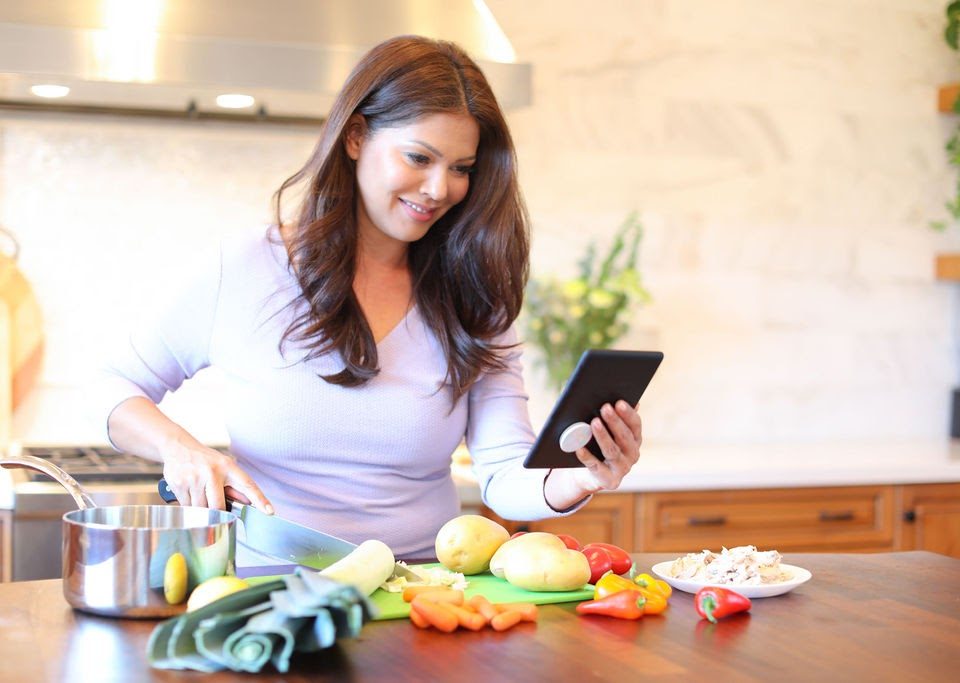 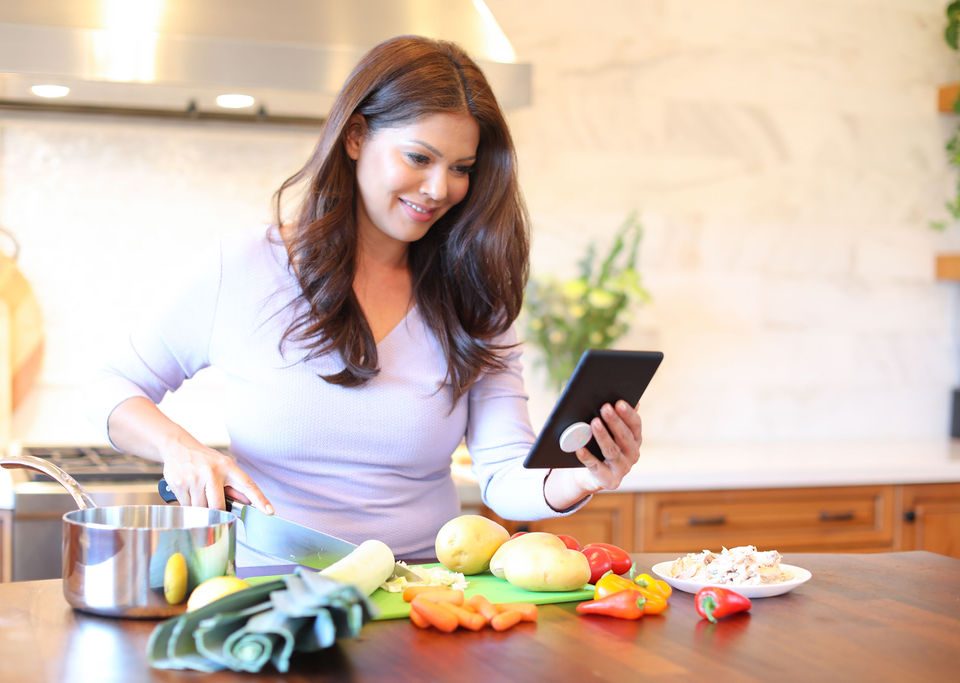