Thriving on the Go: 3 Key Steps

Ouch! How to Avoid Pain

It’s a complaint I hear in the office nearly everyday: my joints ache. From the lower back, to the hips and knees to the neck, nearly all of us at some point will deal with joint pain. Also known as arthritis, joint pain for a large number of people can be nearly constant and as a result can impact daily routines and prevent folks from accomplishing their greater fitness goals as well.

Recent statistics from the Centers for Disease Control (CDC) put the number of Americans suffering with all types of arthritis at over 43 million. In general, there are many different types of arthritis, including osteoarthritis, rheumatoid arthritis, gout, lupus and ankylosing spondylitis, to name a few. The most common form is osteoarthritis that we associate with the aging process; rheumatoid arthritis, on the other hand, is an autoimmune condition where the body mysteriously turns its own immune system against the joints. Both conditions can cause significant joint pain and in some cases, deformities to the joints.

Joint pain is not a “modern day” problem, however, as skeletons excavated from as far back as the Paleolithic times have shown physical changes to bones consistent with arthritis (1).  It is thought that the high incidence of arthritis within this primitive population was a result of an extremely high level of physical activities such as hunting and gathering.  Yet as time went on and especially through medieval times, evidence suggests that as we became more sedentary (agriculture vs. hunter gatherer), incidence of arthritis dropped, probably a result of the vast difference of physical stress placed on the body during primitive times compared to more “civilized” periods.  There does seem to be a balance, however because around the 18th and 19th centuries, when we became more sedentary compared to our medieval counterparts, cases of arthritis started to rise again (2). These studies do not suggest that a sedentary lifestyle can prevent or, on the other hand, cause arthritis, but recent data indicate that moderate exercise, three times a week, can actually reduce arthritis-related disabilities by 47%.

This leads us to ask, besides regular mild to moderate exercise, are there other treatment options for arthritis? At the top of the list lies the food that you put into your body. It appears that foods that cause gastrointestinal inflammation like sugar, members of the nightshade family, trans fats, and to some degree red meat can worsen joint pain. In addition, the lack of good omega-3 fatty acids in the diet along with absent fruits and vegetables, particularly berries, green, orange and yellow veggies (not corn!) prevent your body from creating its own anti-inflammatory mechanisms. Another simple addition to your diet is fresh, clean drinking water. Arizonans are chronically dehydrated and you should try to aim for about half of your body weight in ounces for water intake each day.

Secondly, nature has also provided us with a number of botanical herbs that for centuries have been highly effective in treating arthritis. These botanicals include quercetin, boswelia, curcumin, nettles and cramp bark to name a few. More recently, studies have demonstrated that botanicals target a number of inflammatory signaling molecules and shut down the inflammatory process. One well-designed study in 2009 showed that curcumin and resveratrol were superior to traditional non-steroidal anti-inflammatory medicines in reducing inflammatory markers, but more importantly reducing pain felt by test subjects.

Finally, a treatment option becoming more and more popular (although founded in the 1940s) is prolotherapy. It is a type of injection medicine where regions of tendons or ligaments around joints are injected with a non-pharmacological natural solution (glucose, lidocaine, vitamin B12 and folic acid) to stimulate the body to strengthen weakened connective tissue and therefore reduce or eliminate pain. Unlike steroid injections (“cortisone”), which only provide temporary relief and carry numerous side effects, prolotherapy is designed to stimulate tissue growth and promote true healing that ultimately alleviates pain without any side effects.

Although arthritis is quite common, it is not something that derails you from your daily routine or causes significant discomfort. From the foods you eat, to naturally occurring herbs to modern interventions like prolotherapy, your arthritic pain can be controlled and help you return to normal range of motion in your joints and feeling pain free! 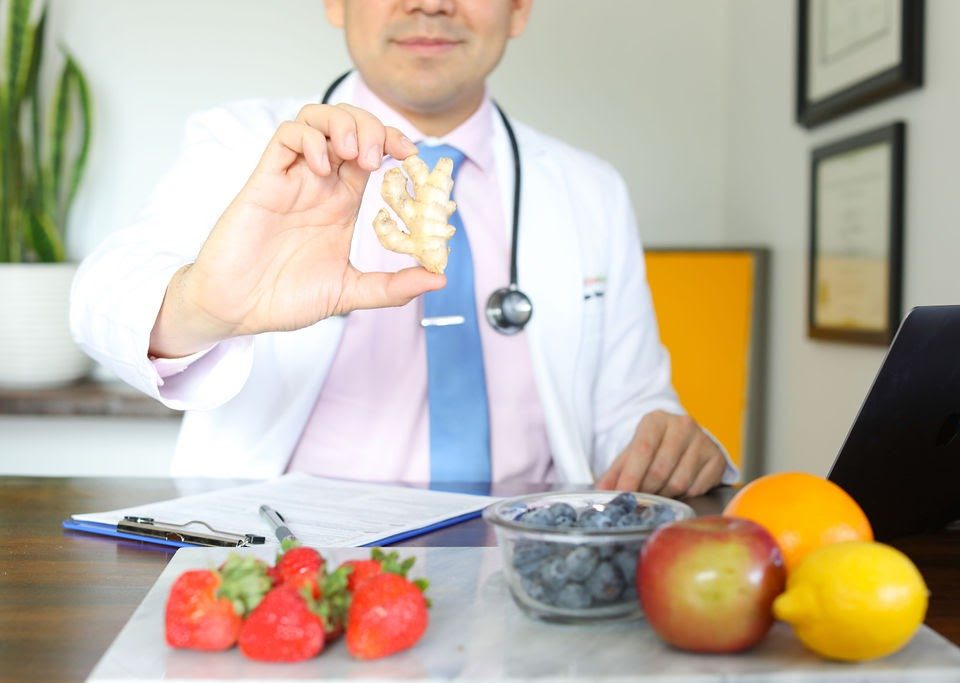