How to Make Your Reset Last

Updated – Thyroid Nodules: The Full Story and How To Treat Them Naturally 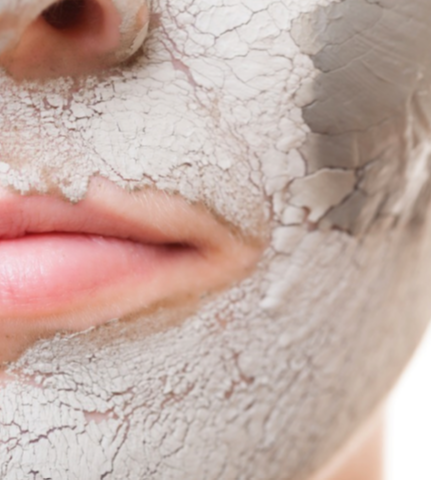 Is bentonite clay safe? Can bentonite clay cause cancer? I have heard many people share how bentonite clay has helped their digestion of skin symptoms. It seemed plausible to me at first, but I had never really thought about it.

Today, I would like to share with you some bentonite clay dangers and uncover whether eating bentonite clay can cause damage to your body in the long-term.

A Story About Bentonite Clay

Recently, I heard a story about Megan Curran de Nieto, a fellow Minnesotan who was struggling to lower the blood lead levels of a local family. Despite avoiding typical lead sources, they did not seem to be coming down at all.

Ms. Curran de Nieto was shopping in a nearby Target store when she noticed a product, called “Bentonite Me Baby”.

She remembered that the family she was working with had been taking bentonite clay in hopes of detoxifying. Ms. Curran de Nieto became suspicious, bought the clay and sent it to a lab for analysis.

Is bentonite clay safe to ingest? In this case, sure enough, the product in question had unsafe levels of lead.1

The FDA verified the results and went on to find similar problems with other bentonite products they tested.2

It turned out that the manufacturer of one of these products rejected these warnings, arguing that “lead that is naturally present in many foods and clays just are not available to the body.”3

Product Recommendation: We are being inundated with toxins on a daily basis. Our ability to maintain health in a toxic environment is dependent on our body’s ability to detoxify. The Detox Box Packets are recommended as the starting point for detoxification programs. Click Here

Do we absorb lead from clay?

Yes. A clear example is danger posed by lead-based pots and cookware. These contain lead, bonded in the same way that lead bonds within bentonite clay. A study was done in Mexico City regarding the relationship between eating out of clay pots and having lead toxicity. They showed that clay utensils were one of the larger contributors to lead poisoning among children.4

Manufacturer went on to argue that clay pulls more lead out of your body than it leaves behind: “According to the US National Library of Medicine National Institutes of Health. Bentonite is effective for lead and zinc removal.”5

But does clay detox lead?

As per their reference regarding clay being able to remove lead, was misleading. It was about the removal of lead from water, not from people.6

Clay does bind with lead when mixed outside of humans. This is a good thing when you’re trying to remove lead from water, but bad when you’re eating clay. When you eat clay, your stomach acid pulls most of the lead out of the clay and into your body.

How much lead are we talking about?

The FDA report found that bentonite clay contained up to 37.5 micrograms of lead per gram. Mcg/g is the same as parts per million (ppm). With an average oral dose of bentonite clay being 2 Tbsp. (0.72 ounces or 20.4 grams), this means your oral lead dose could be as high as 765 mcg.

Other companies, worried about the public being aware of lead in their products, argued that we already consume high amounts of lead in common foods:

I read their source for lead in food, and it was the 2007 Study on Total Diet Study Statistics on Elements Results.8 You can see from the cited source that foods have much lower levels of lead.

The above list shows the mean levels of lead in spinach and collards was 0.003 mg/kg and 0.001 mg/kg respectively. Note that mg/kg also equals ppm and is interchangeable with mcg/g.

To make the most direct comparison, if you consume an average serving size of 100 grams, spinach would likely have no more than 0.3 mcg total lead per serving as opposed to 765 mcg from clay.

How much lead is safe?

“There is no safe threshold for lead exposure,” according to a literature review on lead in psychiatry.9

The World Health Organization states, “There is no known level of lead exposure that is considered safe.”10

The Centers for Disease Control concludes the same: “No safe blood lead level in children has been identified. Lead exposure can affect nearly every system in the body. Because lead exposure often occurs with no obvious symptoms, it frequently goes unrecognized.”11

Strictly speaking, none is safe. In foods, since lead absorption varies tremendously from food to food, the FDA sets limits on different food categories. Most are below 0.1 ppm.12

What if you only use clay on your skin?

Clay is commonly used as a skin treatment and in homemade cosmetics. I’ve also heard it argued that the lead in clay will not absorb across the skin.

Unfortunately, this has also been studied and found not to be true. Lead does absorb across the skin. As much as 23% of lead applied to the skin can enter the bloodstream.13 This may be even worse over parts of the skin high in sweat glands, like under the arms.14

Clay has been shown in a limited number of studies to be effective against bacteria that can cause skin infections. However, studies have shown that bentonite is toxic to immune cells and regrowing endothelial cells when placed on wounds.15

I would not recommend ingesting clay or applying it to infected skin or under the arms. I haven’t found any clear info regarding lead exposure from facial skin masks, but it may be a concern since the face also has dense concentrations of sweat glands. The absorption would likely be worse the longer the mask is left in place.

Why is lead a big deal?

Lead is one of the most thoroughly studied toxins and has been a bane to humans for millennia. Credible scientists have even blamed lead in the water as one of the principal causes behind the fall of Rome.

In kids, it creates behavioral problems, lower IQ, hyperactivity, hearing loss, seizures and growth delays. Kids and babies are less able to naturally detoxify lead from their bodies than adults.16

In adults, lead can also slow our brains and affect mood symptoms, including depression and anxiety. Lead can cause vague symptoms like fatigue, numbness and tingling, digestive issues and joint pain.

Growing evidence suggests that it can also be the culprit behind high blood pressure, heart disease, kidney damage, infertility in males and females and some cancers.17

How do you know if you have lead toxicity?

The easiest test to get is a blood test called serum lead. This test can be ordered by any healthcare provider and run by any standard referencing lab. This is the gold standard, and levels above 10 µg/dL are clearly unsafe. Do you remember the quotes above, stating there is no safe level? Every decade or so, the safety limit is lowered.

Here is the drawback about the serum lead blood test: It is limited to exposure from the last several days. It won’t show lead from past exposure.

The main sources include tap water, lead-based paint, household dust and lead-containing utensils, such as plates, cookware, and crystal glasses.

What are some other unexpected, possible sources of lead?

Calcium supplements that are derived from bone tissue have often been found to have high levels of lead. These include bone meal and microcrystalline hydroxyapatite complex.

On the label, look for MCHC or MCHA. Inorganic calcium from rocks, such as dolomite calcium, can also have lead contamination.18

When game is shot with lead bullets, the bullets break down into hundreds of tiny fragments that spread over a large area of the meat. A study found that 32% of packages of venison sampled contained fragments of lead.

The researchers fed venison with lead fragments to pigs and saw that the pigs’ blood lead levels elevated. These findings suggest that the lead in the fragments would likely also be absorbed by humans.19

Because lead builds up in bone tissue20 and collagen21 in humans and other animals, bone broth and collagen products have been concerns as possible sources of lead contamination. Cows are especially prone to lead accumulation.22

According to a 2013 study, one batch of organic chicken bone broth contains 9.5 and 7.01 mcg/L of lead.23 This study created quite a bit of attention and worry.

Note that these are different units. Above, I was talking about lead in terms of parts per million (mg/g). The bone broth study used mcg/L (aka μg/L), which is parts per billion (ppb).

To convert ppb to ppm, one must multiply by 1000; therefore, 9.5 ppm = 9500 ppb. There is likely no safe amount of lead, but it is not possible to keep our total intake below a few ppb without eating or breathing.

The 2013 study claimed that bone broth was high in lead, yet the amounts they showed to be present are not considered to be significant. If you use bone broth, be especially careful about which cookware and utensils you use. Gelatin, as found in bone broth, has been shown to pull lead out of cookware and raise the risk of lead toxicity.24

What can you use instead?

I prefer clean versions of fiber, especially those with resistant starch, like the Reset Shake and Ultra Fiber. Combine either with chlorophyll from spinach or Daily Greens, and you’ll do a great job binding toxins and moving them out of your body without bringing more in.

P.S. You know how scientists use clean rooms and biohazard suits? They are common when dealing with dangerous infections or delicate electronics. Did you know that the modern clean room was initially created to test lead? It was created because there was so much lead everywhere (starting in the 1920’s) that machines could not get an accurate reading on the amounts of lead in a sample without requiring a controlled environment.

Dr. C’s gift for figuring out what really works has helped hundreds of thousands of people reverse thyroid disease, lose weight, and regain energy. Learn more about the surprising story that started his quest. 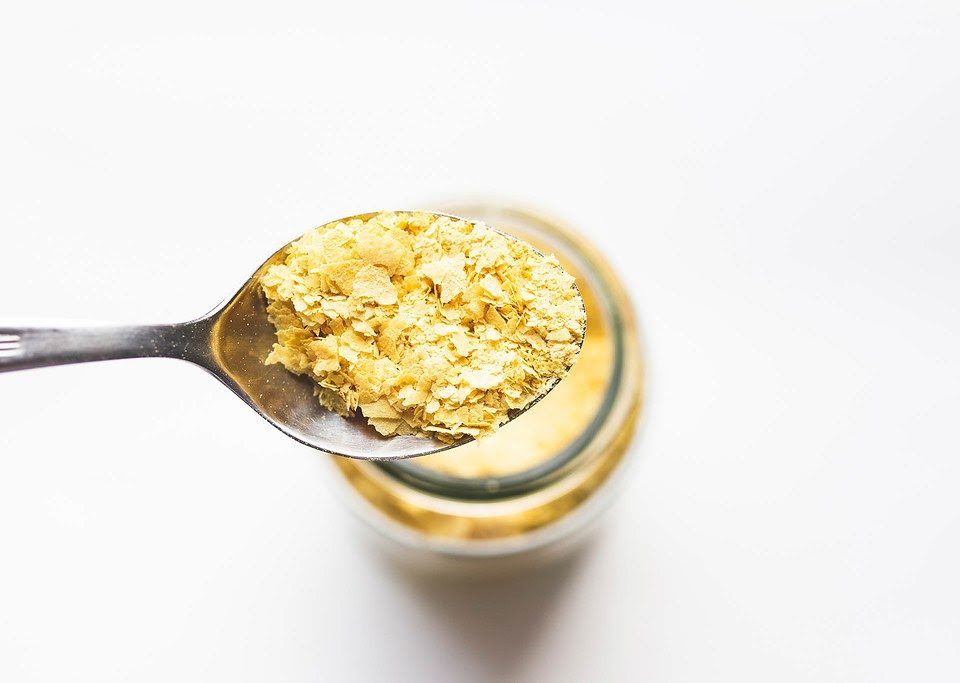